On Sunday, June the 25th, the fourteenth Adventure Race Slovenia has concluded. It’s a sporting event which annually leads top-level athletes, to whom physical and psychological efforts represent a special challenge, to the untouched beauty of Slovenia. This year Perunika decided to support this amazing project and become more involved in the Slovenian scouting community; in the end we were even declared as a golden sponsor! We believe in competitions where participants primarily compete with themselves and move their physical and mental boundaries. Above all, we want our sales program to make life easier for athletes and professionals who meet with similar challenges on daily basis. 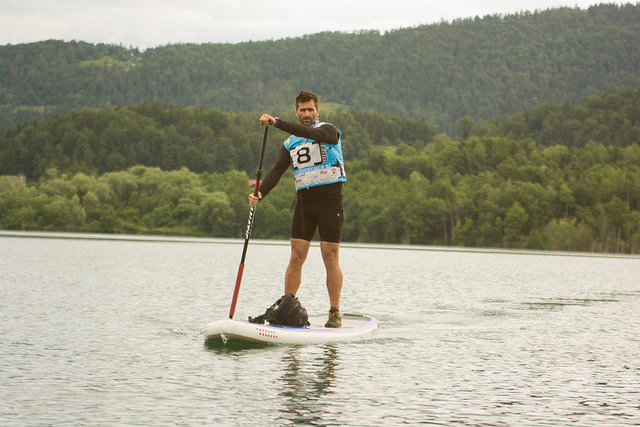 The adventure started on Thursday, June 22nd, with the opening ceremony, followed by a prologue where the participants fought for the best start numbers. Members of the Pustolovec RAJD 1 team won in the initial challenge, which meant they started the adventure first. On Friday, June 23rd, teams arrived at Bovec at around 8 am, where the start of this year’s adventure was. Unlike the adventures of previous years, this year we had only one category, instead of two, named “The Traveler”, where two competitors clashed with 200 kilometers of route. 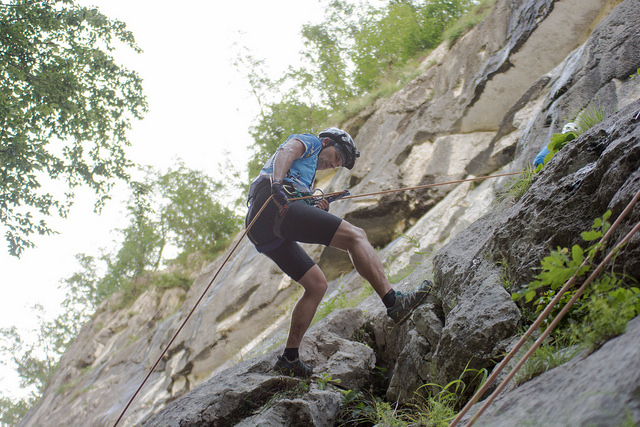 At 9 am, it has begun. Sixteen teams from the Netherlands, the Czech Republic, Croatia, Germany and Slovenia started towards Škofja Loka where the finish line was. They started trekking to Žmuklica, rowed along the Soča to Srpenica, then toward Sušec, where there was canyoning and further to box 1, located in Drežniške Ravne. There, the adventurers got some rest and planned their next move and then ridden with bikes to Cerkno. On the way they faced city orientation and trekking, one of the challenges was also rappeling. 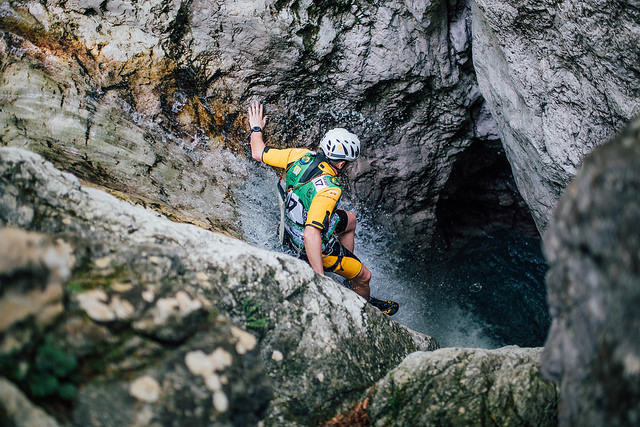 On Saturday, June 24th, participants arrived to Cerkno in the early morning hours, where they were surprised with the smell of coffee, which strengthened their body and spirit. There was an orientation course there, then they pushed their pedals to Podvrh, followed by trekking, cycling, and quick descent into the cave of Marijino brezno. Path continued by bike to Škofja Loka. Before crossing the finish line, they went on an evening trekking around the city. The first teams arrived at the target at about 18.00. The participants first waited for deserved warm meal, and then returned back to Velenje, with the announcement of the winners on Sunday.

On Sunday, June 25th, at 12 pm in Avtokamp Velenje, the results were announced. Three Slovenian teams took the winning places. 3rd place went to the Vaitapu Adventure valley, 2nd place to the Pustolovec RAJD 2 team, and the first place was won by Pustolovec RAJD 1 team. These teams took away the prizes, but actual winners of this adventure were in the end all of them. This year’s fourteenth Slovenian adventure officially ended. Adventurers were excited about the route, which offered a wide range of different challenges and led them into the beauty of the Slovenian nature. Satisfied with their achievements, and full of new experiences and interesting stories, they returned home. They will definitely be back next year.

We hope to see you on the next Adventure race Slovenia in 2018, between the 14th and 17th of June!