IWA Outdoor Classics is behind us and once again we’re giving you, full of impressions and with a slight delay, our view of the fair. We apologize to all Perunika followers on Tumblr, because we are disconnecting from it despite initial promises. To avoid unnecessary duplication of content all posts will continue to be published only on our blog.

For those who don’t know IWA yet: it’s currently the largest fair of outdoor, tactical and hunting equipment and clothing in Europe, somewhere in between distinctly military (e.g. Milipol) and more sports outdoor fairs (e.g. ISPO). It focuses primarily on the retail market and combines the best of both worlds – professional equipment, which can find its place with each and every user. IWA is the personification of current trends: manufacturers of military/tactical equipment moving towards a more universal, civilian outdoor market, to which we are heading as well. And although we are small arms enthusiasts ourselves, we are still professional retailers, so we need to unfortunately focus more on business and a little less on pleasure during each visit. 🙂 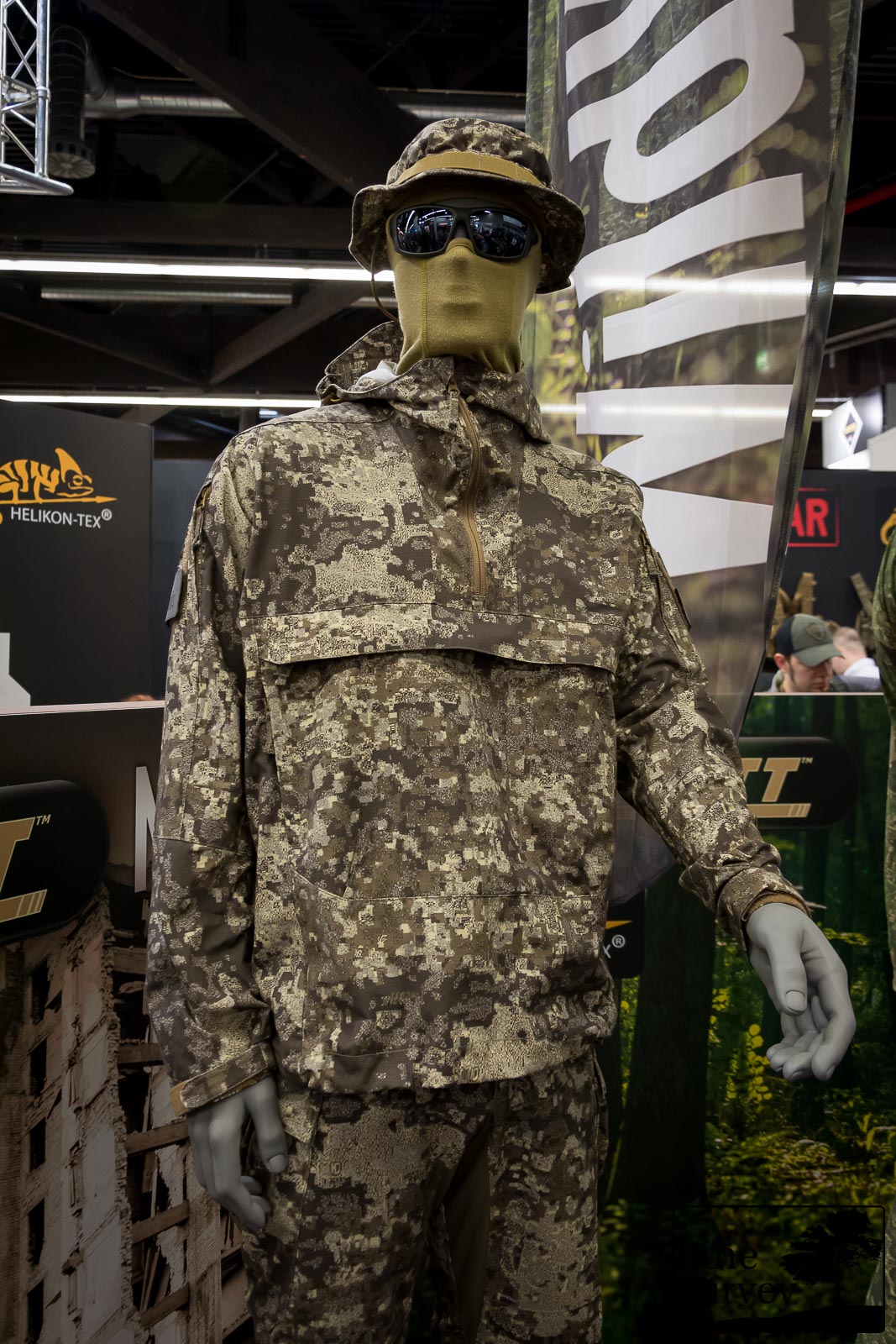 Firstly, let’s see what’s new in the market of commercial camouflage patterns. Why the emphasis on ‘commercial’? Each country tries (logically) to provide its armed forces a unique pattern, adapted to their own needs – either for national defense or external, expeditionary operations. This provides a kind of exclusivity, monopoly on the use, plus it’s usually cheaper and guarantees investment into the domestic military-industrial complex. Of course, we all know exceptions. MultiCam, a child of the company Crye Precision, has gained so much popularity and recognition that virtually everyone quietly yearns for it. It was picked by many countries, either implemented in full or with modifications (to tones and/or shape) such as British MTP, Slovenian SLOCAM and Polish Camogrom. Is it really a multi-purpose sample to the extent that is appropriate everywhere, or do users choose it because they want to be ‘Tier 1 Operators’? You be the judge of that.

On the other hand, we already have hundreds of commercial samples, which are as serious and professional as any other, and are occasionally chosen by members of the armed forces and law enforcement. Hyde Definition is well known by the extremely popular family of patterns Pencott. Unfortunately, this year Pencott didn’t have its own exhibition space, but honestly it didn’t even need it. Popularization of Pencott brought their patterns on virtually every other booth. 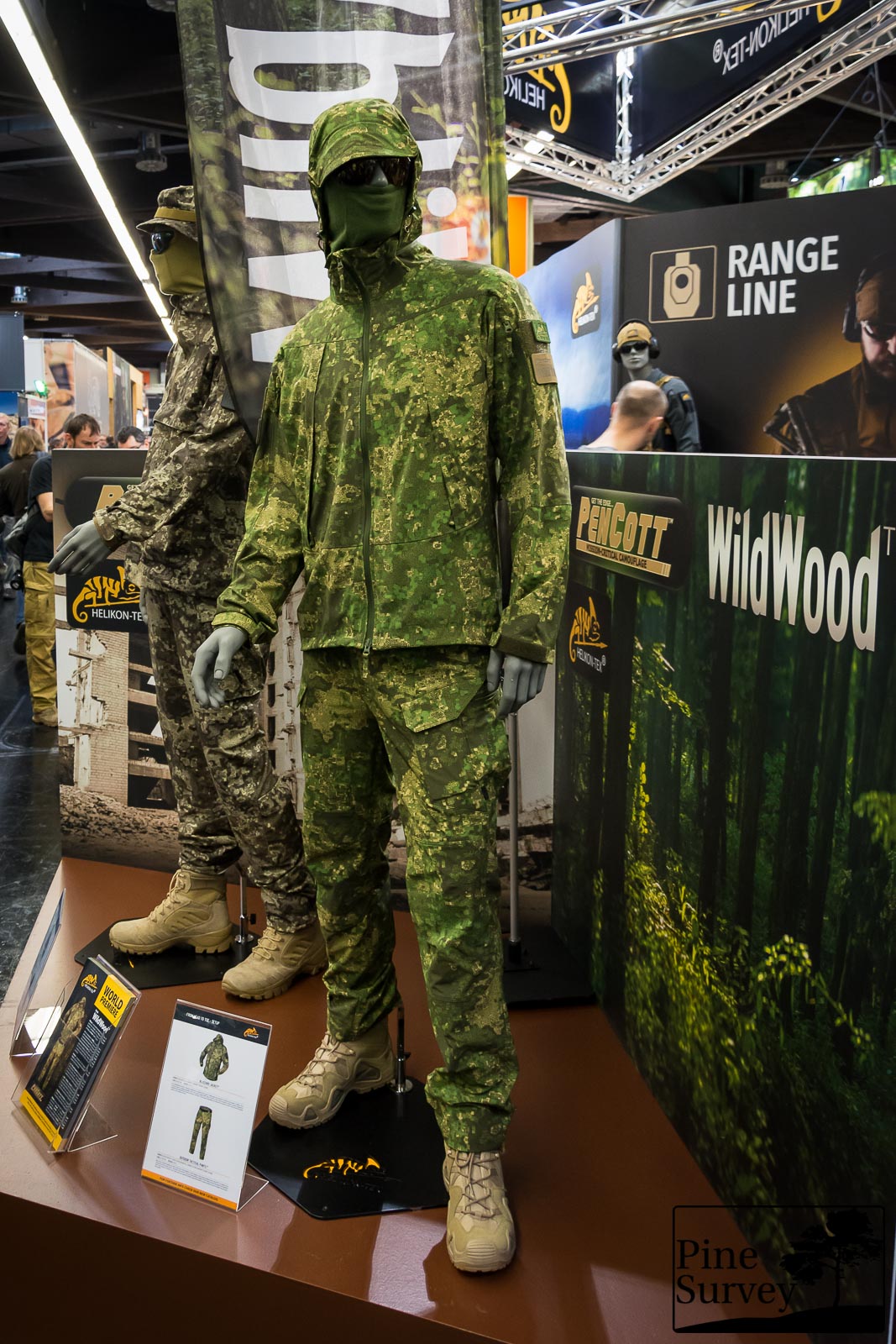 This year, Hyde presented two new patterns on Helikon-Tex’s booth. First, Metropolis, is a pattern for urban operations. Where Kryptek, Crye Precision (MultiCam), A-TACS and others went with black base and are more (tacti)-cool than actually useful, Metropolis went with distinctly brown and brighter palette. Reason: brighter colors become darker in low light conditions, but because of the digital pattern it stills masks the silhouette. Used tones are more natural and organic. All Pencott patterns combine colors and create three-dimensional effect – the illusion of depth. Digital camo means non-curvy transitions between tones (squares and rectangular shapes). Camouflage is multi-fractal, meaning it carries a micro-pattern (close range), a macro-pattern (long range), and an innovative midi-pattern (middle range). This ensures that the PenCott continues to conceal the user whether he is few meters away or 400. Since the pattern is non-linearly orientated, it works well in changing the position of the user (standing, kneeling, and going prone). If the pattern will be “battle” tested as well, only time will tell.

The second pattern is perhaps what Central and Eastern Europeans waited the most. Although Greenzone became a universal pattern that works with its protruding green on any grassy, foliage and forest background, we still wanted something more specialized. We got Wildwood, pattern by Hyde developed in cooperation with the Polish Helikon-Tex for the needs of Polish Special Forces. The pattern is optimized for use in forest environment in Central and Eastern Europe. It has more brown tones and green is less saturated. Currently, the pattern remains the exclusive property of Helikon-Tex, so we are already waiting for the first Combat patrol uniforms and are keeping our fingers crossed to get it on equipment as well, especially that of Direct Action since they supply Polish Special Forces as well.